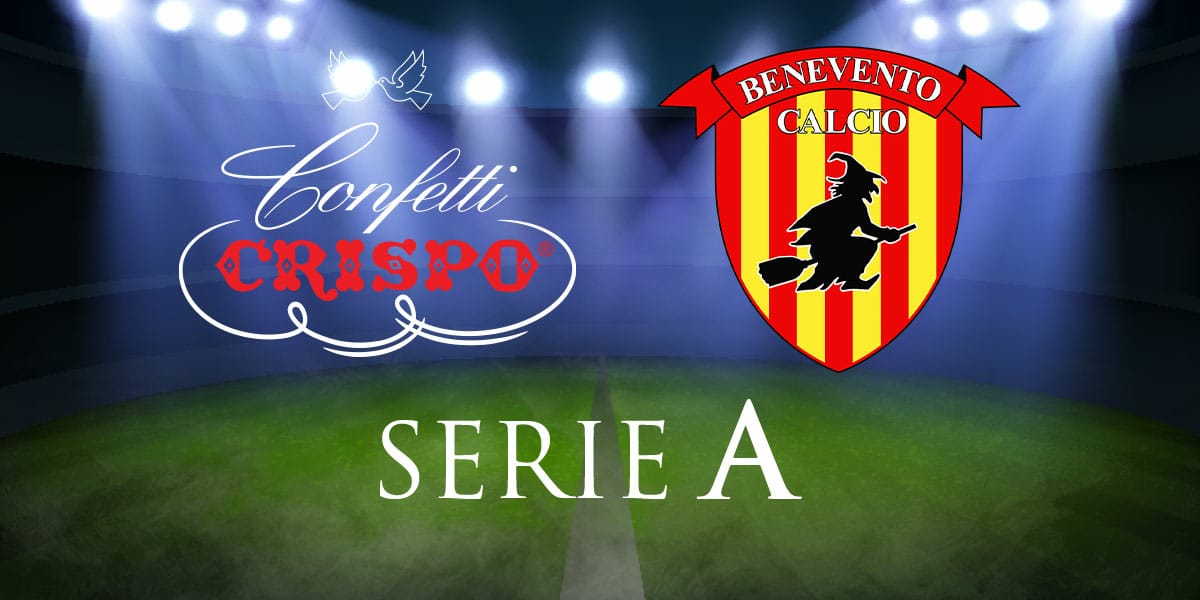 Confetti Crispo, the Made in Italy company, leader in the confectionery sector, supports Benevento Calcio Serie A. As its official sponsor, it celebrates the promotion of the yellow-red team to Serie A, obtained 7 days in advance.

With great pleasure, Confetti Crispo has placed side by side with the Benevento team, led by Pippo Inzaghi, and his fans, in the epic rise to the top of the league. It is with equal enthusiasm and pride that it is preparing to promote the next adventure of the football club in Serie A championship.