Home Confetti Crispo at the SIAL fair 2016 in Paris 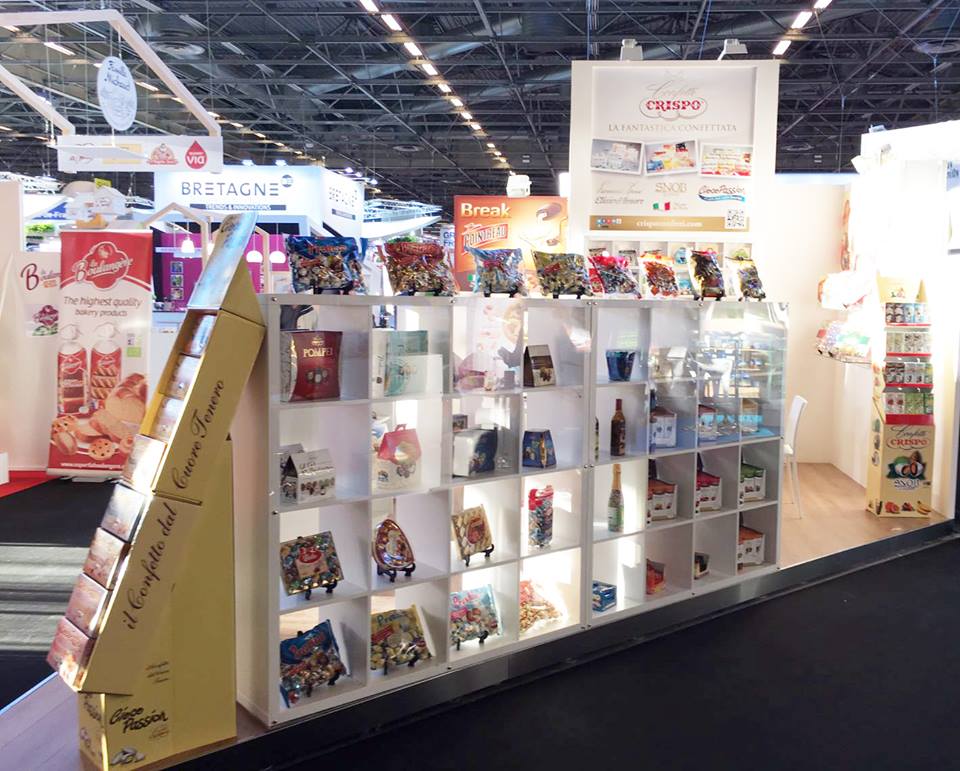 Confetti Crispo at the SIAL fair 2016 in Paris

Tradition and taste innovation met at an international fair that took place in one of the cities that best represents this concept: Paris.

These are just some numbers that characterized the event on the International food 2016. Confetti Crispo was one of the participants at the B2B fair in Paris and once again, it proved to be one of the strongest realities in the Italian confectionery tradition.
From 16 to 20 October 2016, Crispo was at the SIAL fair at the 5a K 052 pavilion with its wide selection of dragées.

The company participated at this event as an Italian reference in the confectionery industry making modernity and respect for tradition its most important values.
At the fair, Crispo presented all its news: new flavours, new shapes and engaging contests; company production is based on the use of clean energy from renewable sources: Crispo products are manufactured fully respecting the environment.
The high quality confectionery by Crispo conquers Paris too!